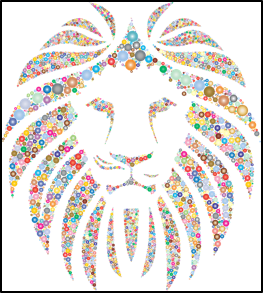 A few years ago, according to Seth Godin, we began to enter a new era that is all about “Tribes” – he wrote a book by the same name. I would like to share with you some of his thoughts, mixed with a few of my own. A tribe is defined as a group of people that have something in common that they are passionate about. Godin tells us that a tribe needs only two things – a shared interest and a way to communicate. Well maybe three – it takes leadership as well. You can’t be a tribe without a leader and you can’t be a leader without a tribe. Human beings can’t help it, we need tribes to belong to. As it turns out, we want to belong not just to one tribe, but to many.

Tribes used to be geographical but the internet has eliminated geography. There are now far more tribes – small tribes, influential tribes, horizontal and vertical tribes, tribes you work with, tribes you travel with, tribes you buy with, tribes in fact for everything. However, some tribes are stuck. These are the ones that embrace the status quo and drown out any tribe member who dares to question authority and the accepted order. Big charities, tiny clubs, struggling organisations – they’re tribes and they’re stuck. We aren’t going to talk about these kind of tribes though!

In YWAM, we actually have a ministry called “the tribe” – it’s run by Matt Whitlock, and is a network for YWAM alumni and friends to gather together to be missional communities all over the world and work out the Great Commission in their spheres of society. With our new terminology in YWAM, we are referring to networks as circles but perhaps this term “tribe” is a little more descriptive. Last September I was at a YWAM family gathering in Townsville, Australia and as I was talking with a couple of other YWAM leaders, we realised that we needed to bring a group of leaders together to talk about the refugee crisis. I chatted with perhaps 6 or 7 people and organized a time to get together. 40 turned up! As a result, a refugee circle or tribe formed and created a Facebook group to continue communicating. These type of tribes can form so easily around all kinds of themes and have the opportunity of mobilizing, encouraging and developing ministry in a wonderful way.

Tribes are About Faith – about belief in an idea and in a community.

They are grounded in respect and admiration for the vision and leadership and the tribe members themselves. We could have so many more tribes but there is a vast shortage of leaders – people who are ready to put their neck out, do something, initiate, take responsibility and push their passion and vision.

Great leaders create tribes by empowering them to hear from God for themselves and to communicate from the grassroots. They establish the foundation for people to make connections, as opposed to commanding people to follow them. This is how skype spread around the world. Co-founder Niklas Zennstrom understood that overthrowing the tyranny of the phone companies was too big a project for a small company. But if he could empower the tribe to do it themselves, to connect to one another and to spread the word, he would be able to incite a movement.

Malcolm Gladwell wrote about the fall of the Berlin wall and it involved much the same dynamic. The collapse of east Germany wasn’t the work of one hardworking activist. Instead, it was the gradual but inexorable growth of the tribe, a loosely coordinated movement of activists that gained in force until it couldn’t be stopped.

I started a tribe with a few friends over twenty years ago now. Barry Austin had been my DTS leader and we worked in the same leadership team for years. So as we talked we recognised similar values and got our heads together to create the leadership development course (being inspired by Floyd McClung too). The first course had twelve students and we were encouraged. We continued to run a course each year and the numbers of students and courses began to grow. Our values were clarified and although there was pressure to conform to the international 3-monthly-way to run schools, we resisted and kept to our 6 weeks or 40 day model. We also stood firm in creating a model of the staff of each school carrying the teaching and training. This meant, staff leaders were modelling what they were speaking about – do and then teach! Now all these years later, there is a tribe of LDCers around the world. Schools don’t need brochures because the tribe invite their friends. Tribes like this are fun to be a part of.

So leaders can help increase the effectiveness of the tribe and its members by:

Most leaders focus on the third tactic, to grow a bigger tribe which in their mind equals better. But the first two tactics almost always lead to more impact.

The American automobile association has millions of members, but it arguably has far less impact on the world than do the two thousand people who go the TED conference each year. One is about big and the other is about change.

The best environment for a tribe to grow…

is where this shared interest or passionate goal is tangible and can be experienced. We have a fairly small staff working at our retreat centre but our goal is to provide an environment for European YWAMers and beyond to experience encounters with God where transformation will take place. We like to go the extra mile and create a sensorial experience for people with great food, a peaceful environment, structured creative input and interactive space where people can receive the help they need. What we have found is, that people keep looking for excuses to come back the second and third and maybe more times. We seek to treat people as valuable and special and it goes a long way to involving them in the tribe. We try to do away with anything that will begin to feel like an institution. That takes some work but it pays off!

Leaders of tribes focus on the tribe and only the tribe. They’re generous. They exist to help the tribe find something, to enable the tribe to thrive. That takes bravery and standing up for something and speaking up. Its easy to hesitate when confronted with the feeling that maybe you’re getting too much attention. Great leaders are able to reflect the light onto their teams, their tribes. Great leaders don’t want the attention, but they use it. They use it to unite the tribe and to reinforce its sense of purpose.

Do you want to establish a tribe?

Then you will need to answer these four questions:

1. What is the story you want to tell about who you are as a tribe?

2. What is the future you’re envisaging and want to build?

3. What connections do you want to make and how will the tribe communicate?

4. What are you going to do? – the fewer limits the better.

The YWAM DTS is a tribe. You can go anywhere in the world and start talking to someone and as soon as you become aware that you have both experienced a DTS, there is a stronger connection and you are suddenly on the same page. You have a common interest. You have had similar experiences. You are part of a common tribe. Where sometimes a tribe like this falls short is that the second question above isn’t answered satisfactorily. We may have a goal for the actual school or event but are we thinking beyond the school to where these students can give their time and energy. DTS is a means to an end. So for the tribe to have greater effectiveness, every member needs to recognise what the end goal is! What is the aim of a DTS? – To impact every sphere of society, to establish missionaries to reach every omega zone, to be ruined for anything less than a radical life of faith? The goal needs to be shared on a regular basis to keep it in the minds of all those involved.

Through your actions as a leader, you attract a tribe that wants to follow you. That tribe has a worldview that matches the message you’re sending. For example the LDC tribe has common values and an understanding of shared leadership and team that is inclusive, servant leadership and spending time with individuals to invest in them to see potential released, sensorial leadership and an approach to training that uses symbols and story and hands on activities that help the movement of information from head to heart, and so on through its seven values.

Maintaining the status quo doesn’t. Changing things, encouraging growth and creating a future that doesn’t exist yet requires courage. Ordinary thinking and ordinary effort are almost never enough to generate the leadership required for the establishment of a dynamic tribe.

Zig Ziglar says, “Reacting is what your body does when you take the wrong kind of medicine. Reacting is what politicians do all the time. Reacting is intuitive and instinctive and usually dangerous. Responding is a much better alternative. You respond to external stimuli with thoughtful action. Organisations respond to competitive threats. Individuals respond to colleagues or to opportunities. Response is always better than reaction.”

But both pale in comparison to initiative. Initiating is really and truly difficult and that’s what leaders do. They see something others are ignoring and they jump on it. They cause the events that others have to react to. They make change. The secret of tribal leadership is simple – do what you believe in. Paint a picture of the future. Go there and people will follow.

Albert Einstein said, “Imagination is more important that knowledge.” Leaders create things that didn’t exist before. Leadership comes when your hope and your optimism are matched with a concrete vision of the future and a way to get there. People won’t follow you if they don’t believe you can get to where you say you’re going. But leaders are able to stick with the dream for long enough to see it really happen.

* Stephe Mayers is the overall leader/convenor of YWAM across Europe, as well as the co-founder of YWAM’s outstanding Leadership Development Course (LDC).  To read more leadership articles by Stephe Mayers, click here.