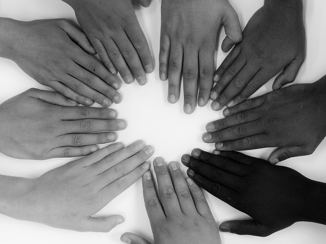 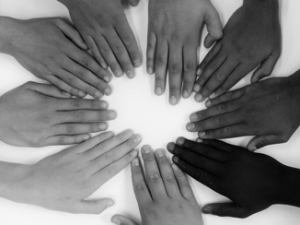 by The ALLC Core Team

A common traditional concept of a leader is one of a chief or captain who has big dreams and ideas, makes all of the plans and decisions, solves problems, and directs his people around accordingly.  However, as we study God’s word and some of the most influential people in the bible, we see a very different type of leadership that emerges.  It is a shared leadership style.  What does that mean and what can we learn about shared leadership from the bible?

In Exodus 18 we read the story of Jethro, who was Moses’ father-in-law, coming to visit Moses.  At the time, Moses was serving as the one and only judge for all of Israel.  For hundreds of thousands of Israelites, Moses was the only person who could seek God’s will or settle disputes for people.  It seems that Moses was taking a traditional view of leadership where the leader makes all decisions and is in total control of everything.  Jethro, however, immediately saw a problem with this approach.  In verse 17 he said to Moses, “What you are doing is not good… you will wear yourself out… the work is too heavy for you.  You cannot handle it alone.”  Jethro then went on to give Moses advice.  He told Moses to share the leadership workload by appointing capable men to serve as officials and judges over thousands, hundreds, fifties and tens.  Moses listened to his father-in-law and did everything he said.

Hopefully, we are all already familiar with the fact the God himself functions as a shared leadership team that we refer to as the Trinity:  Father, Son and Holy Spirit.  Each of those persons of God has its own unique purpose and roles.   For now, let’s focus in on Jesus.  How did Jesus lead?  Did he keep to himself all power and authority to accomplish the Father’s purposes?  Or did he share that authority with others?  We clearly see in scripture that Jesus not only shared his power and authority, but he freely GAVE his power and authority to others.  In Mark 3:13-15 we read a brief passage about Jesus appointing the twelve disciples.

“Jesus went up on a mountainside and called to him those he wanted, and they came to him.  He appointed twelve that they might be with him and that he might send them out to preach and to have authority to drive out demons.”

Now read that again and take note of the verbs used in the passage.  These verbs give us some insights about how to share leadership.  Jesus CALLED people that he WANTED to serve in leadership with him.  Those people CAME and responded to Jesus’ invitation, presumably by their own choice.  Jesus didn’t force them into leadership positions, but gave them a choice.  Jesus then APPOINTED the 12 as leaders (apostles).  Jesus gave the apostles opportunities to BE WITH him, which certainly provided them with opportunities to learn from him.   And Jesus SENT them out to preach and HAVE AUTHORITY to drive out demons.

Team Leadership of the Early Apostles

The early apostles utilized the concept of Shared Leadership to quickly spread the Good News through Jerusalem, Judea, Samaria and beyond.  We see examples throughout the book of Acts of various apostles sharing leadership responsibilities to successfully grow the early church among both the Jews and the Gentiles.  In Acts 8 the apostles sent Peter and John to the believers in Samaria, that they might all receive the Holy Spirit.  Peter and John then returned to Jerusalem together, preaching the gospel in many Samaritan villages.  In Acts 11: 22 we see that the church in Jerusalem sent Barnabas to Antioch to encourage their hearts.  As a result he saw a great number of people brought to the Lord.  Barnabas later sought out Saul to bring him back to Antioch where they served together for a year teaching great numbers of new believers.   By chapter 12 of Acts we see that Barnabas and Paul took John Mark with them as a ‘trainee’ or ‘emerging leader’ whom they mentored.  As Paul and Barnabas traveled through Lystra, Iconium and Antioch they appointed Elders in each church and committed them to the Lord (Acts 14:23).  In Acts 15 we see that the church in Jerusalem formed a leadership “Council” made of up apostles and Elders who shared in making leadership decisions such as whether the Gentiles needed to be circumcised.  We also see evidence that through these gatherings of apostles/elders/leaders, that they were able to encourage, challenge, and inspire one another on to greater things, as well as make group decisions.  In these examples we see elements of what Shared Leadership can look like on the mission field, such as:

*For more information from the ALLC on Shared Leadership, click here.