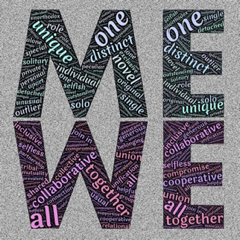 If you think back to all the leaders, teachers and coaches you’ve had in your life, you can probably remember times when a person delegated tasks well, refused to delegate anything, delegated the wrong things, delegated too much, or asked people to do things but failed to really trust them to do it.  Some things in life should be delegated, and other things probably shouldn’t.  So how do you know the difference?

When NOT to Delegate

If you want full control over how and when a task gets done, and you want to make sure it gets done exactly the way you want, then there’s a good chance you should do it yourself.  Just make sure to first ask yourself whether you really need to have full control over the task, or whether it is reasonable to have someone else do it.  Hint:  setting up the next coffee break probably doesn’t qualify as something you need full control over.  Don’t be a control freak.

You Want the Glory

Do you want to receive credit for a project or event?  This can sometimes be the unconscious motivation for people not giving up a role, title, task or responsibility.  Perhaps part of your identity, purpose or value is tied up in a particular role or responsibility you have.  Make sure to check your heart and your motivation for NOT wanting to delegate a task to someone else.  Generally, wanting the glory or credit for something is a poor reason to choose to not delegate something.

You are a Perfectionist / You Fear Failure

What might happen if you delegate a task to someone else?  What are you afraid might happen?  Are your fears well-founded?  How much of your fear is based on your tendency to seek perfection and insist that others do everything just as well as you?  There are situations when a task needs to get done just right or there could be serious consequences.  But those situations often aren’t as common as we think.

You Don’t Have Enough Patience

Delegation can require patience…  Patience to wait for another person’s timing to complete a task.  Patience to watch someone perform a task in a way that isn’t quite as efficient or effective as you.  Patience to follow-up with the person and occasionally give them some feedback or encouragement along the way.  Do you have the necessary patience to delegate a particular task?  If not, you might drive that person (or yourself) crazy by delegating to them!

Absence of Anyone to Delegate to

Is there anyone else around who is capable and confident enough to perform one of your tasks?  If not, don’t set people up for failure.  If people don’t have the necessary skills or training to do something, you shouldn’t delegate that task to them.  And if people lack the courage or confidence to perform the task, you should coach them along the way.

You’re the Right Person to Do it!

Just like the story of Goldilocks and the Three Bears, there are some tasks that are too cold for you, some that are too hot, and others that are JUST RIGHT.  What is your job description?  What kinds of tasks and responsibilities are you supposed to be taking on?  What tasks best match your skills, giftings and passions?  Those are the kinds of tasks you likely should be doing unless and until you’re trying to transition, cross-train or raise up a future you.

Ok… so now you know some of the most common reasons NOT to delegate.  However, you may have noticed that some of those reasons were a bit selfish, right?  Controlling, glory seeking, perfectionism and lack of patience.  Those descriptions aren’t exactly the model résumé of a good leader.  Be aware of your own reasons for not delegating things.  It’s important.

Allowing others to take on significant aspects of a project or ministry has a tremendous impact on their felt level of ownership and commitment for the work.  One of the quickest and easiest ways to build a strong sense of team unity and commitment is to delegate import aspects of the work to each person.

People need opportunities to learn and grow and to discover their God-given strengths, giftings and passions.  By delegating tasks to a person that you believe is capable, you help that person to refine and develop skills that prepare them for even greater impact and potential in the future.

To Encourage Others in their Abilities

Every time you delegate some of your work responsibilities to another person, you are sending them a clear message that you believe in them, that you believe in their abilities, and that you trust them to carry out important tasks that you otherwise would have entrusted to yourself.  Delegation can be an amazing way to encourage others by basically saying to them, “You’ve got this!”  And sometimes a little encouragement like that is all people need in order to rise up the next level of competency and effectiveness in ministry and life.

To Work Toward Leadership Transition

We all go through seasons of transition from one place to another, or one role to another.  Sometimes those transitions are expected and sometimes they sneak up on us.  Regardless of how or when your next life transition will happen, beginning to delegate tasks and responsibilities NOW is an excellent way to both cross-train your staff to be able to fill in when necessary, and also to prepare yourself and others for future transitions of leadership.  We should all be constantly striving to develop future generations who can not only replace us, but surpass us.  Often times that starts with the willingness to delegate some of our responsibilities to others.

To Reduce Your Workload

Feel stressed?  Overworked?  Is it difficult to find time to get everything done in a day, including work responsibilities, family responsibilities, getting exercise, spending time with God and friends, while also having some fun?  If so, it might be time to look at your list of work responsibilities and think about which things you can and should delegate to others.  You may even need to consider delegating (or releasing) some of your work back to God.  Remember that we are not lone rangers, but instead we work as a team where God is our ultimate team leader.  He wants what is best for you and your team.

To Offload Responsibilities You Shouldn’t Be Doing

Some of your ministry responsibilities likely bring you much joy, energy and/or satisfaction.  And if you’re like most people, you likely also have a few responsibilities that are quite the opposite.  Those would be activities that you dread, that drain your energy, and/or that you just don’t feel very competent or gifted to perform.  Careful now… I’m not talking about your YWAM work duties, your daily chores at home, having to brush your teeth, or any other of the unexciting responsibilities that we all need to do on an ongoing basis.  I’m referring to those tasks and responsibilities that you have more of a choice about in determining WHO the right or ideal person is to perform them.  If you have responsibilities that are not a good match with your giftings, skills or passions, then it’s reasonable to stop and consider which of those things, if any, you should look at delegating to someone who is more qualified or interested.

WDJD (What Did Jesus Do)

There is another great reason to delegate.  Both God the Father and Jesus did.  Can you think of any examples?  God delegated the responsibility of naming all the animals to man.  He entrusted Noah to build the ark.  Jesus entrusted the 12 apostles with continuing His work (in fact doing even GREATER things) and spreading the Good News to the ends of the Earth.  That’s pretty important stuff He delegated, despite the fact that He could have done it much better and faster than us!  In addition, Jesus qualified the types of people who we should delegate to in Luke 16:10-12 where it says, “Whoever can be trusted with very little can also be trusted with much… so if you have not been trustworthy in handling worldly wealth, who will trust you with true riches?”  Jesus’ main message here is that we should delegate to people who have been proven faithful.

WWYD (What Will You Do?)

Take a reflective look at the tasks you commonly do and the responsibilities you have before you.  Which of those things absolutely must be done by you?  Which of your staff or colleagues are capable of performing some of your key tasks?  What tasks could you delegate to others in such a way as to encourage, empower, and provide opportunities for them to develop and grow?  Remember that delegation is an excellent way to develop future leaders.  Be a proactive part of growing people, growing leaders, growing ministries, and growing the Kingdom!

*For more resources from the ALLC on Delegation, see:  https://allc.asia/skills/delegation/