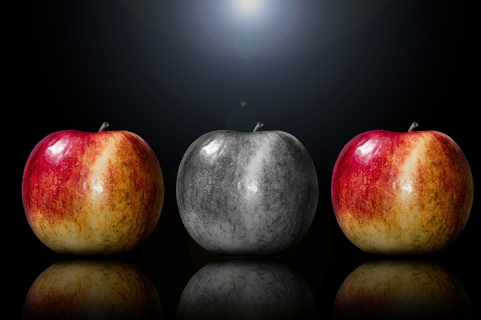 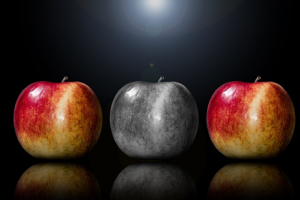 A well known acronym for team is “Together everyone achieves more”. Well not necessarily. It depends on a lot of factors. What kind of team is it, what style of leadership is being used, what kind of task is the team working on, what skills are being called for, etc. We are in a season where team is more than a value, it’s the in thing, it’s in vogue. You not only have a team, you have a team leadership, team building, team strategy, team profile and team you-name-it. The most important thing seems to be that you are called ‘team,’ whether it’s a functioning team or not.

How many teams are you on?

For me personally, my first priority team is with my wife – the marriage team. Depending on the context, she leads or I lead the team. We know one another’s strengths pretty well and so go with the flow and make room for one another. Here in Alhaurin de al torre, I have a local team for the retreat centre, then a regional team for western Europe, a core team of 4 as an executive from the regional team, a field team with the other European regional leaders, a church leadership team in our local town, an LDC school team and on and on it goes. Perhaps someone will start a new competition for facebook – how many teams are you on?

Where did all this team stuff start? Yes you guessed it, in the beginning was God: Father, Son and Holy Spirit. All three have one essence, holding the same values, the same qualities, the same skills and knowledge and the same vision and desire. Our God is one being, yet three personalities. Three in one – a mystery. A unity so close that it merges together. If you know me, said Jesus, you know the Father. The trinity is the ultimate model of team. They are totally committed to one another, ready to serve one another, and submit to each other. To see how this team functioned in the greatest recovery plan of all time, is just amazing.

Each of the trinity had their role – one wasn’t more important than the other – but they understood there were functions to be fulfilled and they were ready to step up to see the plan succeed. Jesus volunteered to be the operational guy who came to earth, and as Philippians tells us, didn’t grasp on to his position but humbled himself to the point of death. Holy Spirit, agreed to be the ‘paraclete’, the encourager, the one who came after Jesus to empower each believer, to reveal truth to each heart and convict of sin and a bunch of other stuff. Father, kept them in his embrace and gave resources and help at any moment. He took the role of leader for this assignment of the redemption for man. There was a functional submission to one another.

Their roles weren’t statements of value or importance but jobs that needed to be done – they are team. We pray to the father in the name of Jesus by the power of the Holy Spirit. And yet if we receive Jesus as our Lord, we also receive the Father. However then we ask to be filled with the Holy Spirit. So it seems there is a

protocol here. We don’t have to be worried about getting our words right as God does understand our hearts and interprets what we are asking. However they are responsible for different things. Holy Spirit gives glory to Jesus, and Jesus gives honour to the Father and the Father tells us to listen to Jesus, and Jesus tells us to wait for the Holy Spirit!! Are you following?

Jesus started a team as he began his earthly ministry. It wasn’t a leadership team as they weren’t leading anything yet. It was a discipling or training or internship team. Many were ready and wanting to be on the team but Jesus just chose twelve men, plus some key women who seemed to be with them quite often. (When crisis hits, you get to know the best members of your team, which included Mary, Mary Magdalene and John at the crucifixion). Jesus was the pioneer leader of the team and identified some potential leaders for succession as he knew he wasn’t going to be around too long. He seemed to spend more time with this ‘core team of 3 – Peter, James and John’ sometimes with the addition of Andrew. Peter was a real spokesperson and natural leader and perhaps is seen as the leading elder (perhaps the British parliament took this model having a ‘prime minister’ – the first among equals of all the members of parliament – the leader of the core team in the parliament, called the cabinet). James and John, the sons of thunder obviously had some strong gifts too.

When Jesus returns to the Father, we see a leadership team forming. They call themselves elders, and the issues of the emerging church are part of their job description. When a dispute occurs among the hellenistic Jews, the apostles delegate responsibility and authority to a new team of deacons – those involved in practical help (however they are obviously doing more than just practical work as we hear their members are involved in signs and wonders). It would appear that perhaps Stephen is the leading elder among them. Who do the Pharisees target when they want to put pressure on the church – you got it – Stephen. When there is interest in the gentiles, God gives Cornelius a dream to ask for Peter to come. When a question arises from Ephesus, Peter and John are sent away to sort it out. Obviously more are added to the 12 because when Antioch needs help in the emerging church there, they send the apostle Barnabas. Barnabas forms a team of teachers, prophets and pastors and brings in Saul who becomes Paul. Where does Paul go when he has questions and wants to check out his ministry philosophy? Back to Peter and the elders. When the authorities want to challenge the local church in Jerusalem they arrest James. Hey wait a minute, why not Peter? Maybe he is away on business? No it seems that the local leading elder is James. He is also the presiding elder in the Acts 15 assembly when they discuss the move of God among the Gentiles and what guidelines they are to pass on. So there are lots of teams. They seem to be modelled on the trinity. They are not big on position, status, power but come together for agreement in major decisions. They multiply themselves out geographically and there is a functional submission to one another. Paul and Barnabas maintain a network of relationships in the early church development through building their team and through making missionary journeys to oversee, encourage, appoint leaders, and then send letters of wisdom to deal with disputes and help to foster a community of love and prayer together.

We all know where there is lasting fruitfulness in ministry, generally there is a good team functioning behind the scenes to support growth, keep relationships in unity and keep the task, the team and the individuals all flowing nicely together.

Let me throw in an observation as I watch how leaders and leadership teams function around the world. We grow up in a family, a nation and a culture where there is a history of how leaders lead. We are socialised into an understanding of what leadership is. We interpret the word by watching the leaders around us. So we often take on board the national government style of leadership, which is passed on to the church. Look at the Church of England. The Arch Bishop of Canterbury has the equivalent of a parliament with the bishops and there is a line leadership structure down to vicars of churches in local towns.

Your Nation’s Model of Team

Look at the nation you are living in and see how much the Christian leaders follow the model of the government. There are huge cultural issues for us to be aware of and we all obviously have blind spots. This is why it is so important for us to uphold the value of being international in our teams. This way we can come against the cultural biases (hopefully) or challenge one another at least. The big challenge for us is to create a biblical culture and develop biblical teams – teams like the trinity.

Somehow in our human nature there is a desire to take charge and be on top, and make the decisions with little process, consultation or consensus for the real important stuff.

Can I make a few suggestions?

In conclusion let’s take a look at Moses. Moses seemed to have no problems or miscommunications going on but had different teams. He had 70 elders who he met with and prophesied with. There seemed to be a core team of Moses, Aaron, Hur with the addition of Miriam at different times. Then he had a line leadership over the tribes through Joshua, who was his captain of the army. So these teams can work together.