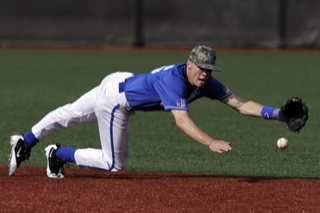 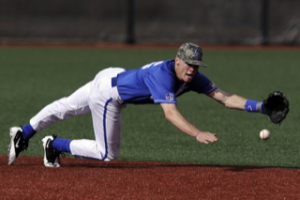 In the 1930s two men created one of the most famous comedy skits of all time.  Abbott and Costello were the comedian’s names.  The skit involves one comedian trying to explain to the other comedian the nicknames of the players of a particular baseball team.  The challenge is that each player’s nickname is actually a question word (think “Who, What, Where, When, Why?).  Basically, a man named “Who” plays on first base.  A guy named “What” plays second base.   And a man named “I Don’t Know” plays third base.  The conversation between the comedians is hilarious and can only be truly experienced by watching an original clip.  (Note: this 70+ year-old video currently has 11.7 million views on YouTube!)

So what does a famous comedy skit have to do with the topic of defining roles?  You might be surprised to find out!

Defining roles is all about clarifying the “who, what, why, when and how” of your ministry activities SO THAT you and your team members can effectively work together to achieve the ministry’s overall purpose end goals.  Imagine what would happen if you sent out a group of players onto a baseball field without telling them what their individual roles were.  For those of you who aren’t familiar with baseball, it’s probably even easier for you to imagine the confusion.  You would likely be asking questions such as:

The reality is that no sports team coach would ever send players into a game without the players first having a clear understanding of what their role was.  Not doing so would be disastrous to the team.

How often do we make this mistake and fail to clarify roles within our ministry teams?  How often do we assume that everyone knows what’s expected of them, only to later realize that those expectations were not always correct?  It’s a common occurrence.  And it leads to unnecessary frustration, hurt feelings, conflicts, broken trust, withdrawal from the team, underperformance, and failure to reach goals.

Baseball, and virtually any team sport, can be a great example of how to clearly define roles.  Any well trained sports team will ensure that each member of the team understands the following:

Your first step in defining roles as a ministry leader is to identify the key roles on your team.  Another way to identify roles is to ask yourself, “What are the main types of work that need to get done?”  For a baseball team that list of roles would be:

On your ministry team, those roles would obviously be quite different.  You might have roles that include things such as: English teacher, financial accountant, administrator, event planner, pastor, hospitality, social worker, counselor, communications, or tech specialist.

Your next steps are to determine WHAT activities each role requires, HOW and WHEN those activities should be completed, and WHO should do them.  You can capture this information in a table format or in a simple document where each table column or section of the document refers to one aspect of the role (i.e. what, how, when, who).  Here’s an example of what it might look like for defining the role of a first baseman on a baseball team.  To keep it simple, we’ll only look at 2 of the first baseman’s basic responsibilities:

How:  Use the baseball glove to catch the ball.

When:  When a batter hits a ball in the air near the first baseman without the ball first hitting the ground.

When: When a teammate throws a ball to you and there is an opponent running to 1st base after the opponent hits a ball.

You might be thinking that defining roles sounds like a very structured, boring and non-spiritual activity.  And you might be wondering, “Is this really something that Christians need to do?  Is there any biblical basis for taking time to define roles on a team?”  The answer is a definite ‘yes’.  The bible clearly defines a number of important roles in life including the role of a(n):

Defining roles is not just for sports teams.  It’s for all of us.  God uniquely designed and created every one of us.  And He has a special purpose and role for you to play in His Kingdom right now!  Your purpose may become more clear over time, and your roles may change over the years.  But rest assured that God has a special and important role for you and for each of your team members.  Spending time thinking and praying about it, and writing down those roles is crucial to living out your purpose.  If God took time to write down important roles in the bible, then we should do the same in our ministry contexts.  Make it a priority this week to clarify your role and the roles of your team members.  Say goodbye to the confusion of not knowing “Who’s on first, what’s on second, and I don’t know is on third.”  And start communicating your expectations with clarity, allowing your team members to rise to their fullest potential.

**For more resources from the ALLC on Defining Roles, click here.