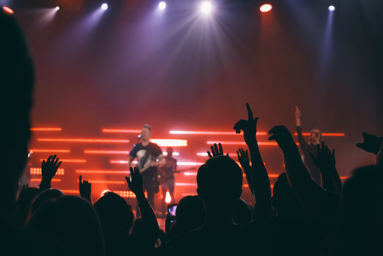 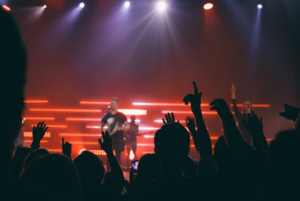 It was a YWAM location meeting.  Lots of people there, ones I knew, ones I didn’t.

Deep in the depths of worshipping God, I felt Him say, “the man in the row in front of you.” I opened my eyes, and sure enough, there was a man, one I didn’t know. Inside, I asked ‘what Lord?’ and He gave me a picture of him trying to change the direction of part of a railroad track. I asked for more, and the Holy Spirit widened the picture and gave me a promise for the man.

If Jesus cares enough to show by His Spirit something about someone I don’t even know, it means He wants me to tell that person. He wants to love them, show them He is real, He is with them, for them.

What a privilege to be a life messenger for Jesus! That’s really what Hearing the Voice of God is all about. It’s not for you alone… it’s to give to a hungry hurting world, believers and non-believers, the reality that God lives, He loves, He listens to even the quietest cry. He is called Immanuel, ‘God with us’, because He is. It’s the truth.

After 30 years of leaning into the heart of God and hearing His voice, I’ve learned a few things:

When was the last time you got a rhema word from God’s heart for someone you didn’t know – and gave it to them?

The man in the meeting? I briefly told him my name, asked his, and asked if I could give him a word I believed God gave me for him. He said ‘yes’, so I did. He cried. In the middle of the meeting, in the middle of worship, tears flowed down his cheeks. God met him, told him truth, gave him His direction.

That day, in that meeting, God interrupted me 4 times to give words to people. Each time, they were straight from His heart to their need. Specific. Things only they and God knew. Life-giving. From the only One who IS life.

Let Him touch you today, and let him speak through you to others.  It’s what we were made for.