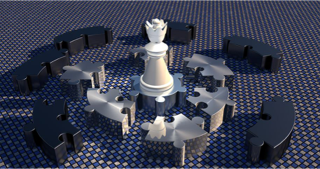 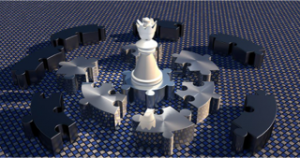 “Trust the Lord with all of your heart, and do not lean on your own understanding.” – Proverbs 3:5

I am a logical person. I love thinking, processing, assessing, evaluating and because of this it is easy for me to be led by my logic and not by my Lord. Learning to be led by God’s Spirit has been a journey I have pursued over the last 15 years. At times I succeeded, but more often than not, I have failed. My natural tendency is to revert to logic instead of turning to the Lord.

Please do not hear what I am not saying. I believe God has called us to be thinkers, He gave us our brains and our logic, but He desires that we seek His wisdom first and foremost before relying on our own. We want to love Him with all of our heart, soul and mind (Deut. 6:4), but He wants us to trust Him more than our own logic, mind and good ideas.

“You are a Spirit-led people and not all Christian organizations are like that, in fact many are not because they are so logical and academic.” – David Brooks, Wycliffe Global Alliances Leadership Team (Addressing a YWAM Leadership Event)

Throughout the Bible we see God’s leadership is more focused on His people making Him Lord rather than relying on their logic. He often leads His people to do illogical things just to prove that He is Lord, and that their logic is not.

Imagine that you are a part of Israel as they enter into the Promised Land with Joshua leading them. What is the first thing Joshua has them do once they are in enemy territory? Logically they should have a strategic plan, ready the troops and go to war. Instead, Joshua claims God says they need to circumcise all the men which would result in them being unable to war, or for that matter walk, for at least a week or two. As a leader this is not logical and in a war this would feel for Israel that they are being led more by a lunatic rather than leadership.

Then Joshua takes Israel to Jericho and tells them to march around the huge wall daily for 7 days and then on the last day, yell and the wall will fall down. I don’t know about you, but if I were in Israel’s army I would certainly have appealed to Joshua to reconsider both of these leadership decisions on the basis of logic. “Joshua, we can’t take the Promise Land if we can’t walk because of circumcision, and marching around the Jericho wall makes us a clear target for the Jericho-ites sitting on the wall. Can we consider a logical approach?”

Now imagine you are Joshua, I am sure he wondered at times if he was being Spirit-Led or being a little loony himself. But instead of trusting in his own wisdom and understanding, he leaned on the Lord, the walls fell down and the Promised Land was taken.

When Joshua listened and obeyed, miracles happened, but when he relied on his logic disaster struck. It is easier for most of us to trust our own logic, rather than trusting God’s guidance, but miracles don’t happen unless we are Lord-Led.

How do we intentionally grow in being Spirit-Led?

As we pursue growing in being Spirit-led let us remember that Jesus went away for time alone with the Father for direction and God gave direction to Joshua in the midst of battles. Therefore being Spirit-led means integrating the guidance of the Holy Spirit into every aspect of our lives, through solitude and in the busyness and that we trust the Lord more than our logic.